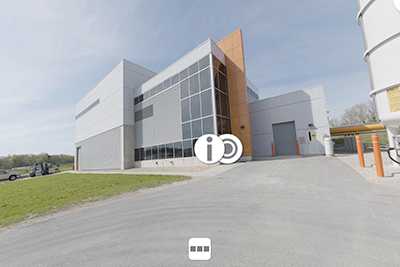 Click the image above to take a virtual tour of the experiment!

Muon g-2 (pronounced gee minus two) uses Fermilab's powerful accelerators to explore the interactions of short-lived particles known as muons with a strong magnetic field in "empty" space. Scientists know that even in a vacuum, space is never empty. Instead, it is filled with an invisible sea of virtual particles that in accordance with the laws of quantum physics pop in and out of existence for incredibly short moments of time. Scientists can test the presence and nature of these virtual particles with particle beams traveling in a magnetic field.